A simplified history of the agencies involved in regional transportation planning efforts in southwest Washington. In summary: for many decades a longstanding tradition exist for coordinated planning and decision making to serve the collective interests of investment in infrastructure to serve the growing needs of this region.

(The chronology and descriptions that follow are drawn from currently available information and summarized for brevity.)

Several regional planning committee and organizations existed in Clark County and the greater Portland region up to the mid-1960’s. The historical record of these efforts demonstrates an ongoing and collaborative effort among public and private sector interests to deliberately plan the future of Clark County and within the bi-state region.

The United States Congress passed the Federal-Aid Highway Act of 1962, which required the formation of an MPO for urbanized area (UZA) with a population greater than 50,000. In 1966, the Columbia Region Association of Governments was formed as the first Metropolitan Planning Organization (MPO) in the Portland/Vancouver metropolitan area.

The Columbia Region Association of Governments (CRAG) was the regional planning agency for Multnomah, Washington, Clackamas counties of Oregon and Clark County, Washington, from 1966 to 1978. CRAG was a council of governments. Members of its governing board were appointed by the elected leadership of its constituent counties. CRAG was a response to requirements of the Federal Highway Administration and the Department of Housing and Urban Development that 90 percent of the metropolitan area population be represented in a voluntary association of local officials.

In late 1978, the Regional Planning Council (RPC) was formed as a council of governments and metropolitan planning organization for the Washington State portion of the Portland/Vancouver metropolitan area. The formation included the formation of a Consolidated Transportation Advisory Committee to represent all areas of transportation as an advisory committee to the RPC Board.

October 1978: Regional Planning Council of Clark County designated as the Metropolitan Planning Organization (MPO) for Clark County in accordance with 23 CFR (Code of Federal Regulations) 450.106(A), Section 8 of the Urban Mass Transit Act of 1964. The RPC assumed the area-wide transportation planning responsibilities previously carried out by CRAG for the City of Vancouver and Clark County portion of the Portland-Vancouver Standard Metropolitan Statistical Area.

December 1978: RPC amends bylaws to include the State of Washington and the Metropolitan Service District (Metro) as Ex Officio members.

The Regional Planning Council of Clark County formally changed their name to the Intergovernmental Resource Center in March 1985, and continued to operate as a council of governments and as the metropolitan planning organization (MPO).

December 1987: The IRC Board of Directors adopted a bylaw amendment that incorporated the Transportation Advisory Committee as a permanent IRC committee. The committee consisted of six voting members: a Clark County Commissioner, a City of Vancouver Councilperson, a Mayor from the small cities, a Commissioner from a Port District, the Washington State Department of Transportation Administrator, and the C-TRAN Executive Director.

July 1990: The IRC was designated as the Regional Transportation Planning Organization (RTPO) within Clark, Skamania and Klickitat counties to facilitate coordination and cooperation among state and local jurisdictions in planning for regional transportation systems. The RTPO function is a regional implementation mechanism of the Growth Management Act and the responsibilities and duties are codified as RCW 47.80.

With the disincorporation of the Intergovernmental Resource Center, an Interlocal Agreement among member agencies authorized the establishment of the Southwest Washington Regional Transportation Council (RTC), on July 1, 1992, to assume the responsibilities as the MPO and RTPO for Clark, Skamania, and Klickitat Counties. 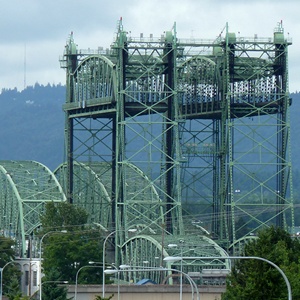